Our chop service provides you with the easy way to purchase picture frame mouldings.
For more information visit: fixaframe.com.au
Posted by Fix-a-Frame at 7/27/2011 09:38:00 AM No comments:

The guys have decided that the Libra Mat Cutter is a male so they've named him "Vincent"
Please welcome our newest team member Vincent Valiani. Vincent is of Italian Heritage and the latest in a string of award winning innovations from the Valiani Matcutting stable. He cuts at an impressive 1.4m per second so an improvement of over a metre per second on our old mat cutter.

The capabilities of the Libra cutter will propel the business of mat cutting forward and enable us to offer you a wider and greater range of mat cutting services.

Please watch our video to see him come alive....and keep checking back to see how he settles into his new mat cutting role at Fix-a-Frame "the home of great framing" Mount Gravatt, Brisbane.

Wow, it was only two weeks ago that I previewed the new Valiani Libra CMC matcutter at the Framing & Image Show at Darling Harbour. There were many fantastic innovations both within the framing show and the PMA show at the Exhibition Centre.

Fix-a-Frame was fortunate enough to secure the first Libra Cutter made by the Italian leader in CMC development, Valiani.

Nico Valiani was in attendance at the show and despite wanting to keep the new machine a secret until the Las Vegas show in 2012 he brought his family's new baby the Libra mat Cutter to Australia. We were also able to see Valiani's new vacuum table matcutter. The vacuum machine was superb with great build and an oversize cutting table.

The Libra wowed me from the start with its superb build quality and the blistering speed at which it cuts mats. I was always in the market for a two headed or multi-headed mat cutter after running a single headed machine since 1999.

Tomorrow, the 12th July 2011, the Libra arrives at Fix-a-Frame.
All the staff have been on edge awaiting the upgrade that will transform Fix-a-Frame's cutting capabilities. With two station capability where we can program two mats at once dividing the machine in two will speed production. Importing plot files from Corel Draw and Adobe Illustrator will allow our graphic artists to design mats never before seen within the framing industry.

Only one sleep to go.

Posting some more videos of the Libra machine in action soon.

Fix-a-Frame the 1st one to receive the new Crescent Matboard Catalogue 2011-2012.
Amazing new colours to enhance your picture. 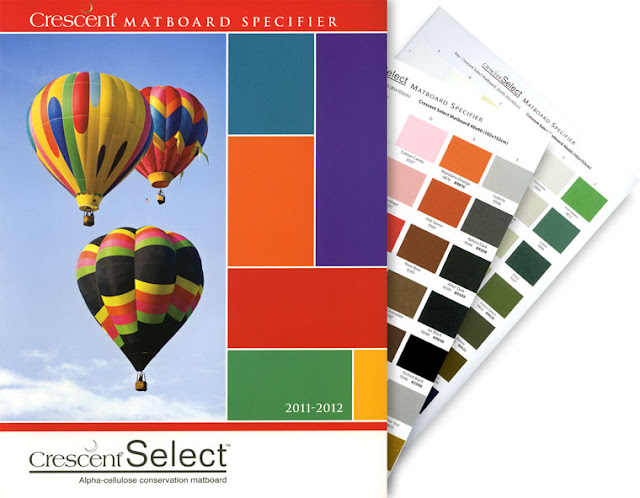 Back in January Fix-a-Frame ordered a new 2011 FJ Cruiser from Toyota. The vehicle was due to be released in Australia on 31st March with Toyota keeping the specifications under wraps until the release date.

You know when your birthday is coming or Christmas is just around the corner...just like when you were a kid....well...my excitement level was at fever pitch awaiting the arrival of our new vehicle.

I had been checking the US FJ Cruiser websites and blogs for any information about Toyota's update of the original FJ 40. Was there going to be a diesel? What about diff locks? Would there be a trail teams version available? The list went on.

Inspired by all the fantastic modifications that US Cruiser owners had done to their vehicles I started to research the modifications that I thought would help me achieve one of my dreams. Visiting the remote parts of Australia and their indigenous inhabitants. I already has a connection to aboriginal culture through my boomerang throwing exploits but now I wanted to explore their artwork and the roots and inspiration behind it.

The plans to stage an art tour and exhibition began to be formulated in my mind. I envisioned an old masters meets new masters collaboration that could eventually be cloud funded and exhibited around Australia.

The FJ Cruiser is the first step in formulating this exhibition.

After the earthquake and tsunami in Japan I was very anxious as to when our vehicle would arrive but on the 6th April I finally got the call to say "your FJ is waiting for you".

Over the coming months see how the modifications to our vehicle take shape and check back to see how we are going.
Posted by Fix-a-Frame at 4/24/2011 09:05:00 AM No comments:

Our renewed newsletter "Framingo" number 3 was released on the 17th March 2011. 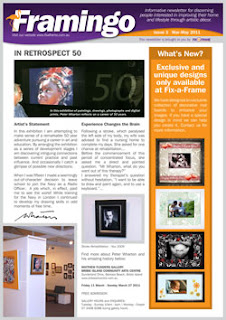 Looking For the Last Voucher?

Second Step - Watch the video below to find the clue for the last piece of the puzzle.

Fix-a-Frame
Fix-a-Frame "The Home of Great Framing" 1230 Logan Road, Mt Gravatt, Brisbane, Qld, Australia. We are a friendly team of picture framers who have a passion for our work. We all enjoy bringing the best out of your artwork by creating the right frame for your pictures.